The Red Sea, or what is sometimes called the Erythraean Sea, is a seawater inlet of the Indian Ocean, lying between Africa and Asia. The connection to the ocean is in the south through the Bab el Mandeb strait and the Gulf of Aden. In the north, there is the Sinai Peninsula, the Gulf of Aqaba, and the Gulf of Suez (leading to the Suez Canal). The Red Sea is a Global 200 ecoregion. The sea is underlain by the Red Sea Rift which is part of the Great Rift Valley. 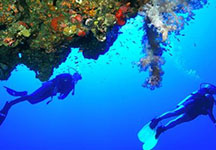 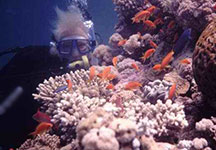 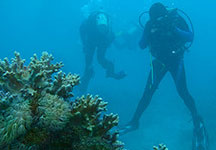 In 1869, the completion of the Suez Canal by a French company linked Egypt's Mediterranean and Red Sea coasts and made the country a strategic crossroads. British troops occupied the county in 1882, and it was more or less a British colony until resuming its independence in 1922.

Deep-sea exploration is the investigation of physical, chemical, and biological conditions on the sea bed, for scientific or commercial purposes. Deep-sea exploration is considered as a relatively recent human activity compared to the other areas of geophysical research, as the depths of the sea have been investigated only during comparatively recent years. The ocean depths still remain as a largely unexplored part of the planet, and form a relatively undiscovered domain.

In general, modern scientific Deep-sea exploration can be said to have begun when French scientist Pierre Simon de Laplace investigated the average depth of the Atlantic ocean by observing tidal motions registered on Brazilian and African coasts. He calculated the depth to be 3,962 m (13,000 ft), a value later proven quite accurate by soundings measurement. Later on, with increasing demand for submarine cables installment, accurate soundings was required and the first investigations of the sea bottom were undertaken. First deep-sea life forms were discovered in 1864 when Norwegian researchers obtained a sample of a stalked crinoid at a depth of 3,109 m (10,200 ft). The British Government sent out the Challenger expedition (a ship called the HMS Challenger) in 1872 which discovered 715 new genera and 4,417 new species of marine organisms over the space of 4 years.

The first instrument used for deep-sea investigation was the sounding weight, used by British explorer Sir James Clark Ross. With this instrument, he reached a depth of 3,700 m (12,140 ft) in 1840. The Challenger expedition used similar instruments called Baillie sounding machines to extract samples from the sea bed.

Have you ever touched a dolphin before?

Here’s an exciting animal adventure program that allows you to meet with one of our dolphins.

You will be able to get close to one of our beautiful dolphins and have your personal photo with it. This exciting program lasts for 10 minutes and have a maximum of 5 participants per program. 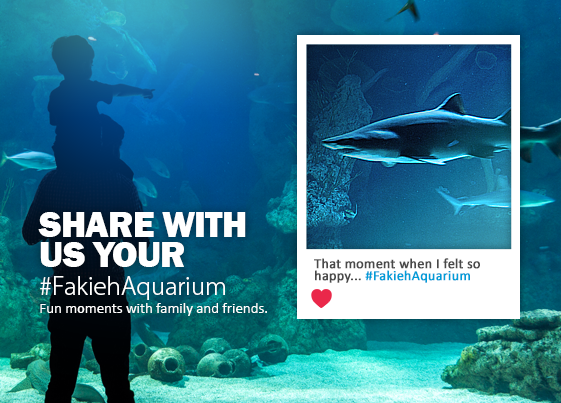 Master Ticket is Now on Sale